You only get one chance to make your very first tandem skydive. At WNY Skydiving, we understand how important it is to capture the thrill and excitement of that experience on video to share with friends and family. As skydivers, we all remember that first jump and cherish the skydiving videos and photos that document that important initial step in our journey. Whether you make one jump or a thousand – we consider videos or photos a MUST!

HOW WILL I RECEIVE MY SKYDIVING VIDEO?

All skydiving videos and photos are delivered via email. WNY Skydiving uses Shred Video for all of our media. We have found this to be the most convenient option for our students. Email delivery allows you to share a link to your photos or video with friends and family immediately. You will be able to download your videos pictures and share on your preferred social media platform. You can also quickly and easily upload your skydiving video to YouTube, Vimeo, or any other video hosting platforms.

WHAT PACKAGES ARE AVAILABLE?

WHY DO I WANT A SKYDIVING VIDEO?

As the owner of WNYSkydiving, I made my first jump many years ago at a dropzone in Mexico. I was in college, so money was not exactly free-flowing. I was making my tandem skydive as a “once in a lifetime event.” Little did I know I would someday have nearly 7,000 jumps!

Now, many years later I cannot believe how lucky I was that I got these photos. There is no way to describe my first skydive (a comment I now get from all of my students). These pictures are proudly displayed on a wall in my home. Not only do I get to tell a great story whenever someone asks about them, I get to re-live that first jump whenever I see them. 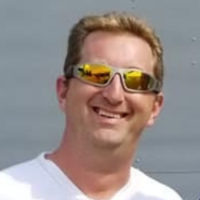 Have questions about our skydiving video and photo packages?

Our staff will gladly assist you!